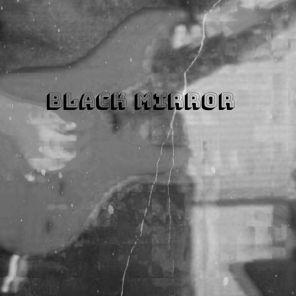 Blake Rogers is an artist from Amarillo, Texas. A relative newcomer, with his first album being released just this year! On September 26th 2019 he released his latest track “Black Mirror”. What did we think about it? Here goes!

The track begins with a distant vocal recording but doesn’t hold back. Immediately you know exactly what Blake is all about, he’s got the rhymes but he’s got very dreamy guitar parts complimenting his writing. This steps outside the norm that we are often used to with modern rap music, typically it would be all electronic – but not Blake! The rhymes speak of what seems like having a good time and no doubt it is a great track to put on at a party, it has a great vibe that is sure to keep it on repeat for days on end.

It’s not a long track, clocking in at around just over two and a half minutes. We feel the track could’ve been a bit longer – perhaps with some more instrumental parts to add more to the atmosphere of the track. The mix is superb and sounds real nice. The vocals come through with absolute clarity too, which is nice – again that’s down to the good mix.

If you are just getting into Blake Rogers, this is definitely the go-to track.

We look forward to hearing what he does next!