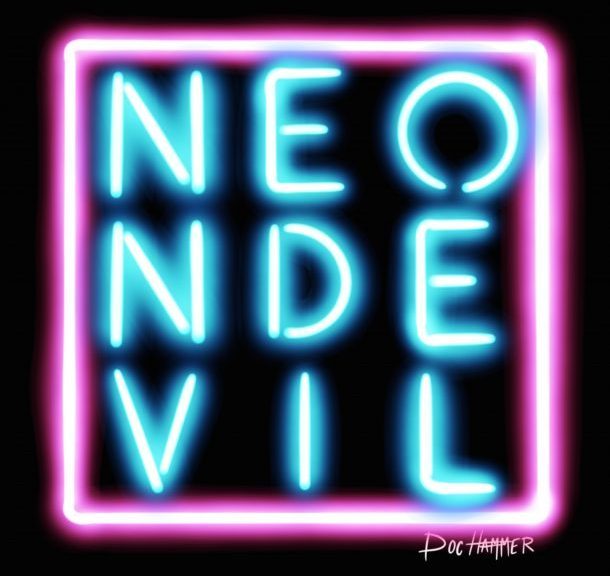 From San Diego, CA comes Doc Hammer. A hardcore infused rock band who on September 1st 2019 released their debut album “Neon Devil”. They are a group who likes to party. According to their Facebook page, they invite us to “get together and make normal situations weird”. Sounds like an adventure!

“Neon Devil” is a twelve-track rollercoaster ride. Tunes with interesting names and superb execution. Track two of the album “Vamparty Diaries” is an excellent example of this. You really hear what this band is about, fast riffs and tasty licks with a touch of screamin’ vocals.

For those who are fans of bands coming out of Southern California from the mid eighties to early nineties, Doc Hammer’s sound may appear familiar at first – but when they get going, they raise the bar high. What they have achieved is to bring classic sounds into the modern age. The band clearly has a well thought out, or felt out, songwriting process. This is something you can easily tell just by listening to “Vamparty Diaries” alone.

It is certainly a well made track with great production refining this gem. For fans of Punk, Hardcore, Metal and/or just Rock and Roll in general – Doc Hammer is a band you certainly don’t want to miss! 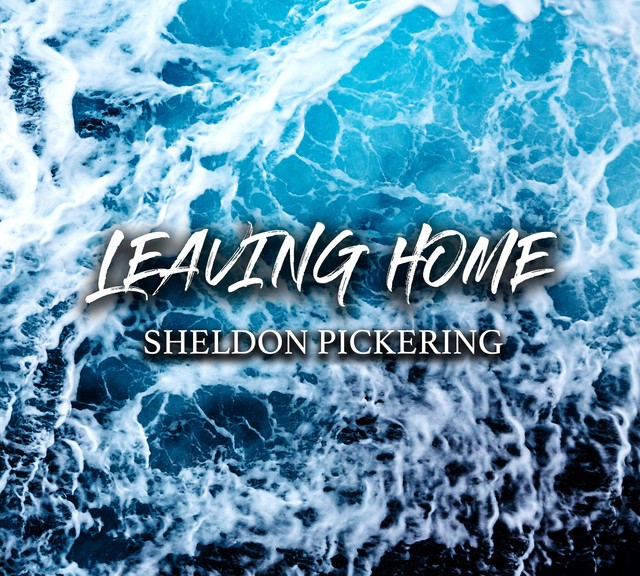 Sheldon Pickering is an artist based out of New Mexico, USA. His discography covers six albums and five singles. One of these singles is titled “Leaving Home”, released on February 7th 2020.

In terms of sound, Sheldon’s latest release is a simple yet refined sound. Just one piano. However, in this case, less is certainly more. What Sheldon does throughout this track is paint a beautiful picture with sheer precision. A black and a white rollercoaster that takes you on a journey, you’ll want to keep coming back for more.

This track is for everybody. Looking for a track in your upcoming series or film? This is it. Looking for a little something to put in the background while you get on with your day? This is it? For music lovers everywhere, this is it.

You can listen to Sheldon Pickering’s latest single “Leaving Home” on Spotify. Be sure to follow him on Facebook! 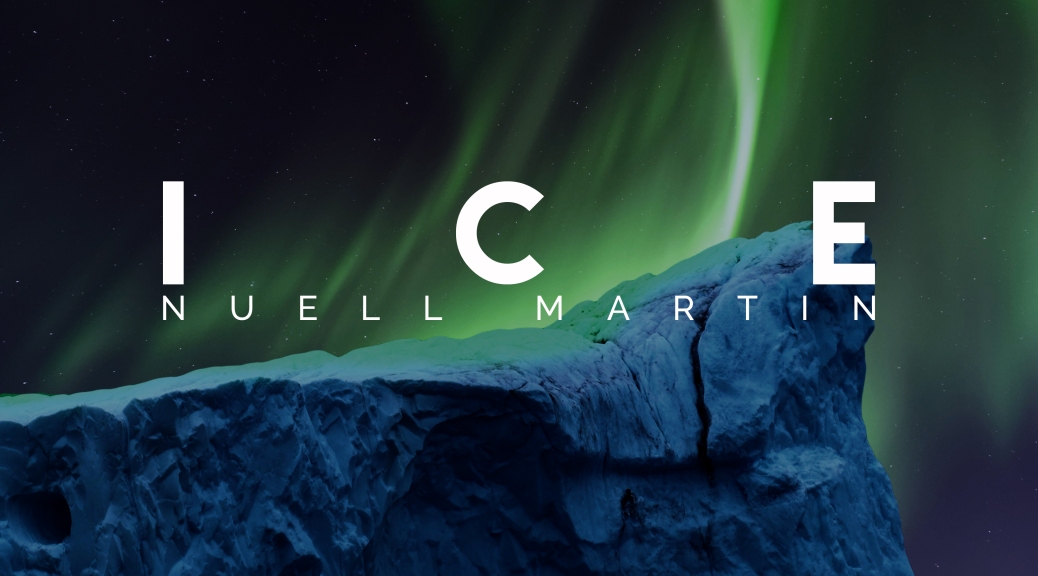 Nuell Martin is an artist based in Spain. This year he released his debut EP “Ice” on January 7th 2020.

The six track release is full of sonic variety that may leave you wondering if this is actually a soundtrack to a series or film – well maybe not yet but there is definitely potential for this to be picked up since the quality is excellent. Everything here is mixed to perfection and really makes you feel like you are in some kind of film or series.

Tracks on this release provide an audible rollercoaster and “Hyperborea” is a good example of where this ride can go! The EP paints a picture from its many colours each track gives. While there are times when this release will grab your attention, Ice also presents the quiet and reflective beauty, a sense of excitement and awe that supersedes the loneliness of space.

So, music supervisors – take note! This release is great for those who want a more “spaced out” vibe for their playlists and those who are looking for tracks that really set the mood for whatever scene they’re trying to create. Nuell Martin really has done wonders with this release. Bravo. 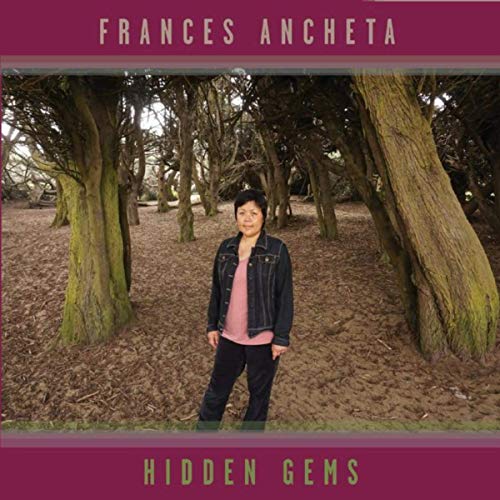 Frances Ancheta is an artist from San Francisco, CA. To date, she has released three albums. Her debut album “Now We’re Here” was released on July 16th 2008, followed by “Patterns” on December 31st 2011. On January 15th 2020, almost a decade later, she released her latest album “Hidden Gems”.

The eleven track album begins with “Strong Brave Soul”, a decent start to this release with a catchy melody for the chorus. The album flows with the sort of acoustic, singer/songwriter vibe. The third track “Back Again (You Never Went Away) has a really nice chord progression that really grabs your attention. A really sweet “West Coast” sound for sure is present here.

Track five, “I Remember Your Face” is where the album appears to change course. A sound that can only be described as an audible nod to George Harrison’s later work. Really nice guitar tone on it too! The following track “The First to Make Me Smile” returns to the previous vibe, not a bad thing, a noticeable shift back to the more acoustic James Taylor-esque sounds.

The other tracks on this album sort of have the same kinda sound, which is what you typically would want from an artist. However, the final track has something special in store for you! Yes, there’s some synth! A really nice touch adding some textures to the track.

All in all, “Hidden Gems” is a good release. It seems like a well produced album, the mixes are decent and it sounds professionally done. For those of you looking for some nice chill tunes for your playlist, this is the album you want to check out! Nicely done Frances! 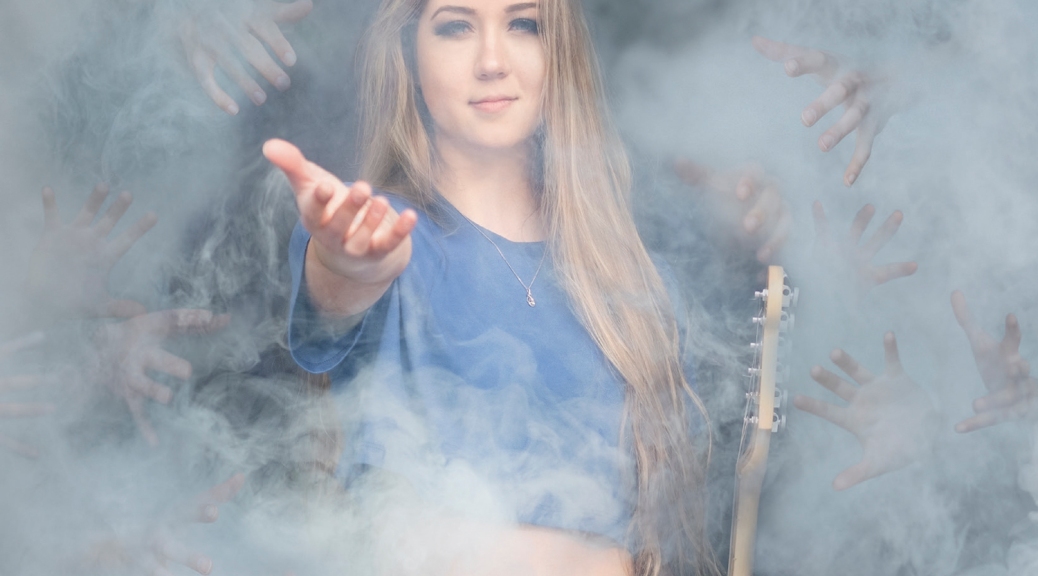 Erin Coburn is an artist from Kentucky, USA. Erin had an experience at just ten years of age, when a guitar teacher told her she couldn’t play guitar and sing. Three albums, four singles, over a thousand monthly listeners on Spotify – it’s safe to say that the guitar teacher must really be eating their hat!

Those in attendance Erin’s live shows describe her as having a mesmerising stage presence with her intricate arrangements and dynamic lyrics. She commands her band with effortless confidence while giving the audience something unexpected, like shredding her
electric ukulele during a hypnotising solo. It’s hard to
pigeon-hole Erin’s style of music into one genre, which makes her music all the more compelling. It’s no wonder she’s seen her music placed on the Top 100 on the Americana Radio Charts.

Erin’s first two albums, Chaos Before Conformity and Queen of Nothing, showed more of her blues roots with young unbridled creativity. With her latest release, Out from Under, this Kentucky native captures her progression to a more mature sound with edgier lyrics, searing guitar solos, and a dash of humour.

The eleven track album is certainly making waves since its release on November 8th 2019. The track “It’s Over (Virtual Reality) has, to date, accumulated a little over 20,000 streams on Spotify. An impressive feat. The only way is up for Erin Coburn! 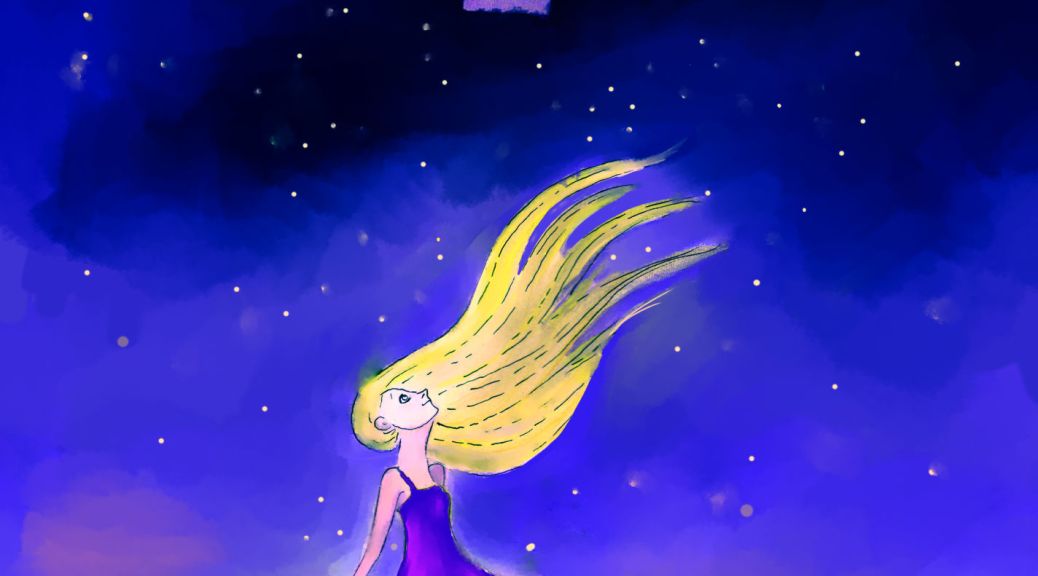 Two’s great, but three’s a crowd – huh? Not really. Many jazz artists play as a trio as did the famous rock group Cream (Eric Clapton, Ginger Baker and Jack Bruce – in case you didn’t know). However one that you may not have heard of (yet) is PEROXID.

PEROXID is a group formed of brothers Gilles and Charles, and Viktor. The band found their roots as early as 2005 when the brothers would play together on tunes from the likes of the Red Hot Chili Peppers, Dream Theater and Liquid Tension Experiment. Five years later in 2010, Viktor joined along in the brother’s musical journey. After many years of recording at home, PEROXID self-produced and recorded their debut EP “We Are? Are We!” which was released in 2016.

A few years later in 2019, the band finished work on their first album titled “Rocket Girl”. The thirteen-track album was released worldwide on May 23rd, 2019. The album is a superb listening experience, with tracks like “Closer to the Sun” and “Why so High” sitting in your head for days. It really is a well polished and produced debut that really sets the bar high for other bands to follow. The band performed on and wrote all tracks and track 6 “Why So High” features guest vocalist Ninon Möhl. Tracks 2, 3 and 10 were mixed by Daniel Wierczeiko, the others were mixed by Philipp Schmidt. The artwork for the release was done by Elizabeth Kroglov and Chris Leipold.

Currently the band does not perform together much. This can be expected given the fact that all three of them live in separate countries, though they do occasionally get together to shoot music videos. That being said, PEROXID will be performing live together in Southampton, UK at Heartbreakers on March 21st 2020 – for more details see here. 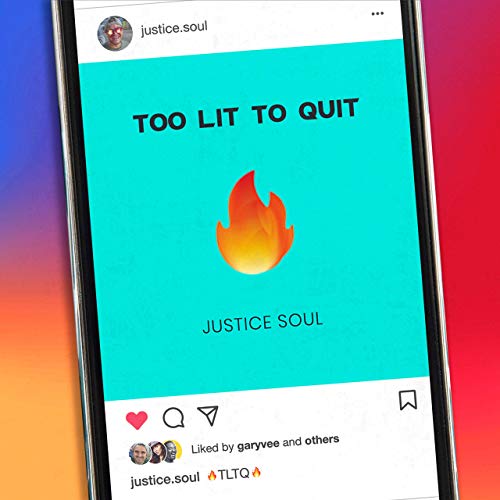 In January 2020 – pop artist, Justice Soul released his latest track “Too Lit To Quit”. According to the artist, the song is a commentary of how modern culture has been consumed by social media. From “fronting”, entitlement to fake images – we are all victims in Justice Soul’s eyes. As he puts it “thrown in blind from the dial up days”. Whatever your perspective, he has a point.

Produced by Bobby Crane, the track is an eclectic mix of sonic scapes that makes for an interesting listening experience. You can hear the previously mentioned themes raised throughout the entire track. Often themes like this are bravely approached by many artists and too frequently they fall flat, the common cause is they try and fit too many lyrics to make a point. Justice Soul nails it, the lyrics flow well with the melody and nothing feels out of place while listening to it.

We’d be surprised if this wasn’t charting over the next few months! This is definitely alternative, but not by much. If you’re looking for an ear worm, you’ve got it with “Too Lit To Quit”

My Tweets
Call That Music?
Powered by WordPress.com.